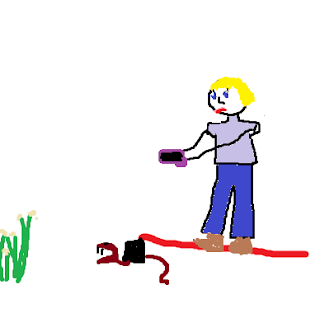 So, while pulling weeds today in the one bed I didn't cover with black plastic (didn't want to kill the oregano and thyme that was buried), I had a little adventure.
I am working along the bed (4 x 16') pulling weeds and basically baking in the sun. Max and Cooper are helping, especially Max because he wants to be right next to me in case I uncover a frog or bug that he needs to attack.
I am about 2 feet from the end and and I hear a weird little SQUEEEEK! sound. Max perked up his ears but that's all. I figured it was a frog I must have startled. Well, I stood up to stretch and what of all things but a snake head (triangular shape) sticks out of the chives about 6" from where my hands had just been!
I am really really really uneasy about snakes, and to overcompensate I gave a lecture at a staff meeting once about identifying them (not species specific just poisonous vs. non-poisonous). This guy was in my mind poisonous because of the shape of his head.
I backed away slowly a foot or so and reached for my new deluxe garden hoe. Once in hand I suspended it over him and prayed that when it came down it would find its mark (I closed my eyes for a sec). It did! I stunned him enough to drag it out of the chives (with the hoe of course, I am not going to touch a snake willingly)!
Then I got the hoe positioned on him and tried to push down hard enough to do the guillotine trick. The ground was a little too soft to allow this to work so I did the next best thing--stood on the hoe and took pictures of it to send to Dave (at work) so he could identify the species for me. I was positive it was poisonous because by this time I had seen it did not have a round iris, and the open mouth with fangs was a dead giveaway also. While I had it trapped Max proceeded to try and rip it apart from the tail end, thankfully he left the head alone. I succeeded in damaging it enough that I could get off the hoe and go get a better tool (loppers) to decapitate it. They were dull so there was no quick end to the evil critters life, but I did get the job done and the fang-y part away from the dogs. I let them have the tail end to whip around and kill in their own way.
I eventually got back to the chive area of the herb bed and beat the remaining chives down and around to make sure "where there is one, there are more" didn't apply.
Nope, no more snakes. I did find a couple of inches from where the snake had been, a freshly dead toad with all his legs stuck straight out--I am certain it was his SQUEEEEK I heard--that must have been when he got his dose of neurotoxin poison.
Yikes, I hope we don't see any more snakes this year, Max and I can't handle it!
Posted by Lucky Lizard Ranch at 9:18 PM 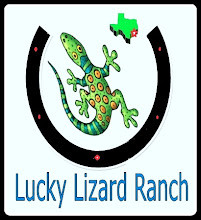 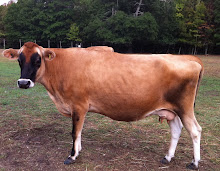 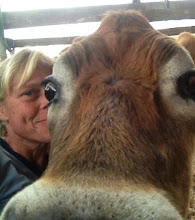 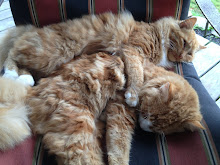 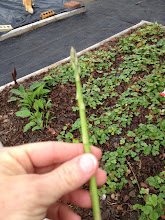 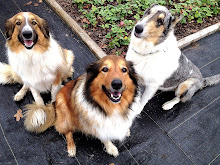 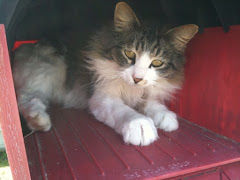 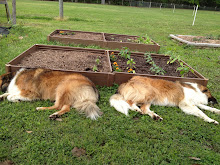 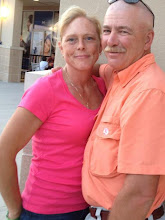 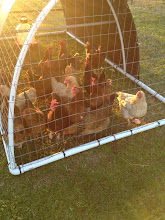 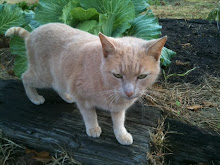